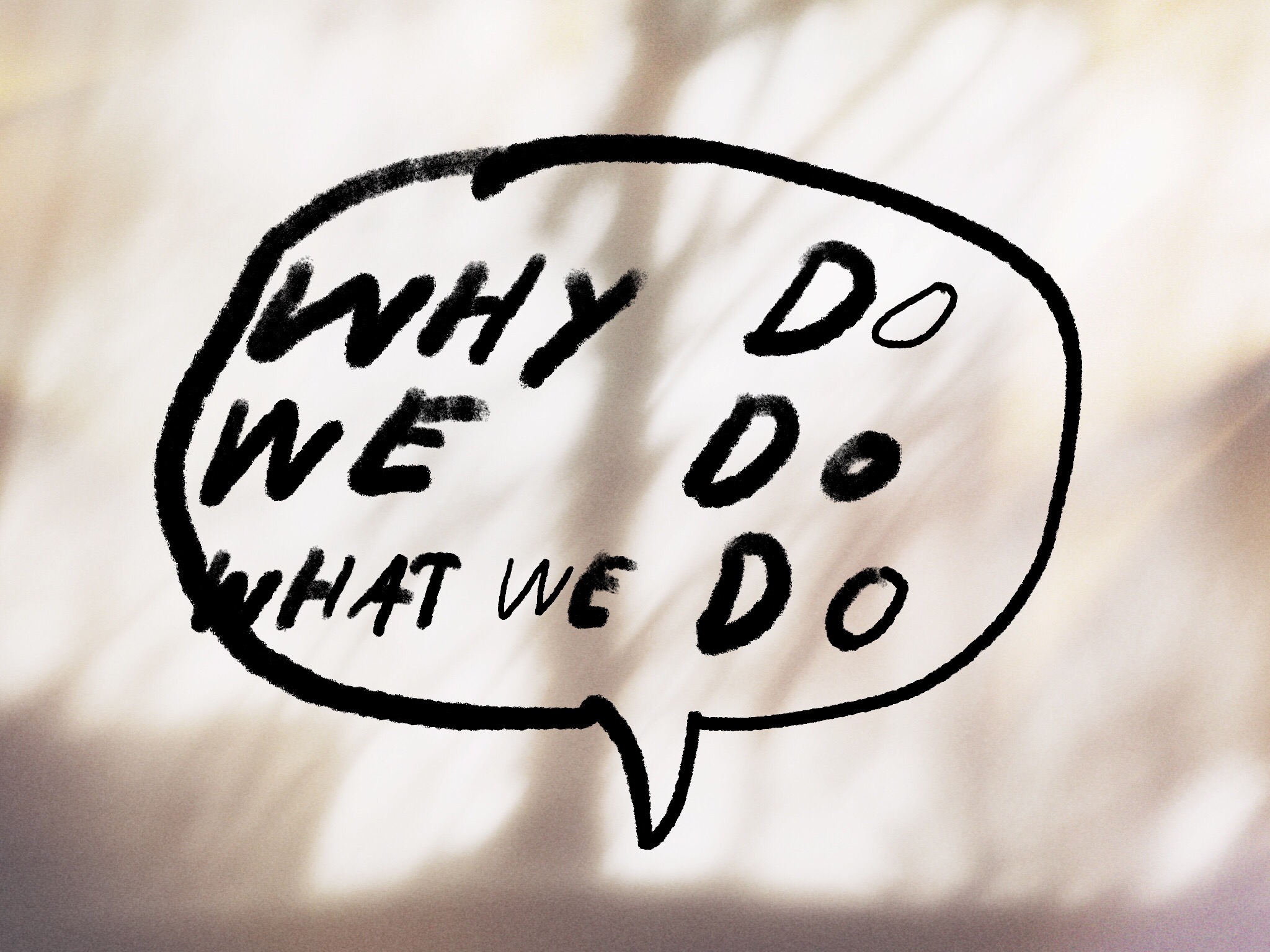 “Why are people doing it?” asks percussionist Ken Hyder, raising his voice above the early evening burble of the south London pub. “It’s a question that I think should be asked of all musicians: ‘Why the fuck are you doing what you’re doing? What’s important to you?’ For me, it’s not the notes that are important. For example, when I played with Tibetan monks, I very quickly discovered that they had the same attitude: the music’s not so important. They don’t think of it as music, but as a spiritual practice. Does that have any effect on how you play? Of course it does – it has every effect on how you play. What is the function of it, and why are you doing it? These two things are supremely important.”

– Ken Hyder, The Wire, December 2015. (You can read the full interview at Hyder’s website.)

I found this quote by Ken Hyder while searching through The Wire Magazine online archives. The day before I had talked with my producer friend Niko Liinamaa (Kalifornia-Keke) about the same topic on phone. Why do we do things in art and life? (Niko released just an amazing new solo ambient techno electronic album as Okei, check it out at Svart Records or Spotify or Apple Music!)

I remember thinking about this question when I was making my first Kumea Sound album in 2013. I was taking the whole process very seriously and I remember explaining someone that it was because I want to find out what I think is beautiful, and I want to be perfectly honest about it. Honesty brings seriousness because it forces us to slow down and reflect on our core beliefs and sometimes form a completely new belief between existing polarities.

Why the fuck do we do what we do? That’s a good question, but it’s also important to ask: why the fuck do we want to know? Because wanting to know the answer can be just our basic need for control. If I know the reason behind all of what I do, I’m in charge, I’m in control. We need control over our body and mind, but maybe that’s not enough. Maybe we, as artists and humans, need to find out where our control and free will ends and learn to guide our unconscious, uncontrolled part of ourselves without aiming for total control. (In reality, it’s asking about life: ”How do you drive this thing?”)

Perhaps this is why I feel my upcoming album Real Music for Unreal Times Vol. 2 is my best album so far. I have managed to guide myself outside of my normal states of control and at the same time have perfect faith in the process. The album feels alive. It is raw and unpolished in many sections. I didn’t use metronome on this album. Sometimes the different instruments don’t play to the same beat and everything is nearly falling apart. Yet somehow it works. There is a solid inner logic to it all.

Even if I say this is my best album so far, it almost feels like it’s my first album ever. And if I’m completely honest, I have no clear idea why I did it or what I wanted to say with it.

All I know I felt it had to be done. I wanted to reflect the world that suddenly stopped everywhere and we don’t know when it’s going to start spinning again.

If someone wants to have a better answer, I can only say that I made the album because something deeper and wiser than my daytime-conscious-self knows why it had to be done and it told me so. Like an octopus whose tentacles think mostly to themselves while eyes observe them doing what they do, I watched this album come together piece by piece.

I wanted to launch the preorders/crowdfunding campaign this week, but I ended up taking some extra time to plan it all. I have already some great ideas for perks and will be posting a lot of special content about the album in the coming weeks.

This week I have begun making final mixes and will book a mastering session as soon as I have all mixes ready.

I will be posting a lot of small updates on my Instagram page so follow me there to hear more. I will organize a prelistening party there too so if you want to catch an early listen, that’s where it will happen. 🙂